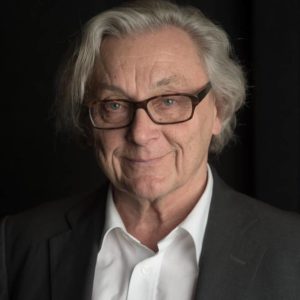 After his 1973 Ph.D. from Stanford University, Professor Kaes taught Comparative Literature and Film at the University of California at Irvine, serving as Director of Comparative Literature from 1978 to 1981. In Berkeley since 1981, he was Director of the Film Studies Program from 1991-98 and Chair of the German Department from 2001-2006. He received a Distinguished Teaching Award in the Humanities at Berkeley in 2010 and is the recipient of a Rockefeller Foundation Humanities Research Grant (1978), an Alexander von Humboldt Foundation Fellowship (1984/85; 1986/87); a Guggenheim Fellowship (1989/90), an NEH Research Fellowship, a UC President’s Research Fellowship (1995), and the Alexander von Humboldt Research Prize for 2005/06. He was a Scholar in Residence at the Getty Center for Art History and the Humanities in 1989/90, at the Rockefeller Center at Bellagio in 1998, at the Zentrum für Literaturwissenschaft in Berlin in 2000, and at the IFK (International Research Center for Cultural Studies) in Vienna in 2001. Visiting Professor at the Australian National University in Canberra (1995), Harvard University (1999), and Tel Aviv University (2008). His most recent book on the impact of World War I on the cinema of the Weimar Republic, “Shell Shock Cinema: Weimar Culture and the Wounds of War,” was published by Princeton University Press in 2009 and was awarded the MLA Scaglione Prize for “outstanding scholarly work” in 2011 and the GSA/DAAD book prize in 2010. An expanded German version of the 2007 sourcebook “Germany in Transit: Nation and Migration” (co-edited with Deniz Göktürk) appeared in 2010 under the title “Transit Deutschland: Debatten zu Nation und Migration.” He is currently at work on a book about the emergence of German cinema; another project examines the “double identity” of German-Jewish German filmmakers in Hollywood in the 1930s and 40s. He also works on contemporary documentary film and theory.