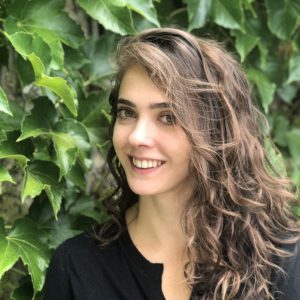 Camila YaDeau is a PhD candidate in the Department of Rhetoric with a Designated Emphasis in Critical Theory. She holds a BA in Philosophy from Yale University. Her interdisciplinary research brings together comparative political theory, intellectual history, China studies, post-colonial theory and literary theory of translation. Her dissertation, “Reconstructing the Political: Yan Fu, Liang Qichao and the Genealogy of Chinese Liberalism,” examines the relationship between liberalism, nationalism and state power in Chinese interpretations of liberalism during the long 20th century.

For her studies, Camila has been awarded the Allan Sharlin Memorial Award for Research from UC Berkeley’s Institute for International Studies and a research grant from the Republic of China East Asian Fellowship (Ministry of Education, Taiwan). During the 2018–2019 academic year, she was the recipient of the Blakemore-Freeman Fellowship, supporting her study of Mandarin, classical Chinese and Chinese philosophy at National Taiwan University in Taipei. Prior to coming to Berkeley, she studied Chinese during the 2012–2013 academic year at Tsinghua University, Beijing as a Richard U. Light Fellow. Camila recently published an article entitled “Translingual Encounters: Freedom and the Social Organism in Liang Qichao’s Reading of Kant,” which appeared in the May 2021 issue of TRANSIT.