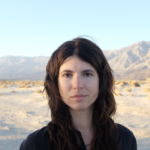 Andreja Novakovic is an Associate Professor in the Philosophy Department at University of California, Berkeley, and is affiliated with the Program in Critical Theory.  She received her Ph.D. from Columbia University in 2012.  Before coming to UC Berkeley in 2019, she taught at the College of William & Mary, UC Riverside, and Humboldt University in Berlin.  She currently serves as Section Editor in Continental Philosophy for Philosophy Compass.

Her research interests are in 19th and 20th century European philosophy, with a focus on G.W.F. Hegel.  She is the author of Hegel on Second Nature in Ethical Life (Cambridge University Press, 2017), which concerns habit and reflection in Hegel’s practical philosophy, and has also published articles on Hegel’s anthropology and his philosophy of history.  She is currently working on a book project about Hegel’s conception of social experience in the Phenomenology of Spirit, tentatively titled Learning from Experience, as well as a series of articles about Hegel in relation to feminist topics.  She has additional interests in Nietzsche, Frankfurt School Critical Theory, and feminist philosophy, especially feminist epistemology.