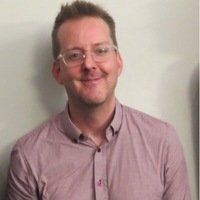 According to many scholars of the nonhuman turn, the scandal of theory lies in its failure to decenter the human. The real scandal, however, is that we keep trying. Do we not risk denying the human—or rather the persistence of its phantasm—in our enthusiasm to mark a decisive “turn” toward the nonhuman? I argue that the human can declare the fallacy of its own exceptionality only from the position of its phantasmatic centeredness. We turn back even as we turn away; or rather, we never turn away from ourselves precisely so that we can turn away from ourselves. To explore this paradox, I turn to the experiments of Irene Pepperberg (parrots) and Herbert Terrace (apes), both of whom set out to trouble the presumption of nonhuman linguistic lack yet ultimately reasserted its absence. While both Terrace and Pepperberg remain tethered to a profoundly humanist conception of language, I propose that lending the name “language” to animal communication belongs to the same humanist appropriation it aims to escape. “Language” is not simply one signifier among others. It is privileged both because it is self-referential and because humanism defines it as what animals lack. Yet language also shares with all other signs a phantasmatic univocity that interrupts, if only in principle, the sign’s intrinsic equivocity. Thanks to this univocity, what we call animal language is always already at least minimally human.

Christopher Peterson is Associate Professor in the School of Humanities and Communication Arts at Western Sydney University. He is the author of Kindred Specters (Minnesota 2007), Bestial Traces (Fordham 2013), and Monkey Trouble (forthcoming from Fordham in Autumn 2017).