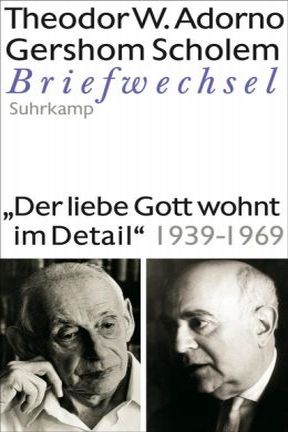 Authority is an antinomian concept for Theodor W. Adorno; by asserting itself, it often appeals to norms, values, or metaphysical notions that prove to be ideological or repressive; in contrast, true autonomous authority aims precisely at a liberation from them. Adorno claims that the “authoritarian personality” expresses the “ontological need” to abide by metaphysical truths and universal laws; the argument joins Adorno’s critique of existentialist phenomenology to his views on social history. Meanwhile, Gershom Scholem’s concept of antinomianism–elaborated in Scholem’s work on Sabbatianism and Frankism–denotes the historical tendency, most predominant in times of oppression and persecution, to question authority in mystical theories and in religious practices of heresy and transgression. These notions can be traced back to Scholem’s early correspondence with Walter Benjamin, in which the “nothingness of revelation” is deemed an empty authority with validity but not “significance.” How do these two distinct perspectives on authority resonate with or mutually illuminate one another? What does the relation between them mean for our understanding of Adorno and Scholem’s concepts of authority and law? Although often thought to be linked only through their friendship with Benjamin, a closer look at Scholem and Adorno’s arguments–and the correspondence between them, from which this lecture’s title comes–will show that Adorno and Scholem philosophically and politically share much more than hitherto presumed.

Asaf Angermann is a Postdoctoral Associate in the Department of Philosophy and the Program in Judaic Studies at Yale University. He studied in Tel Aviv, Berlin, and London, and received his Ph.D. from the Goethe University of Frankfurt. He is the author of Damaged Irony: Kierkegaard, Adorno, and the Negative Dialectics of Critical Subjectivity (2013, in German), editor of Theodor W. Adorno and Gershom Scholem, Correspondence 1939-1969 (2015, in German), and translator of Theodor W. Adorno, Education to Responsibility (forthcoming 2016, in Hebrew). He is currently working on a book about the philosophical relations between Adorno’s social critique and Scholem’s religious anarchism.