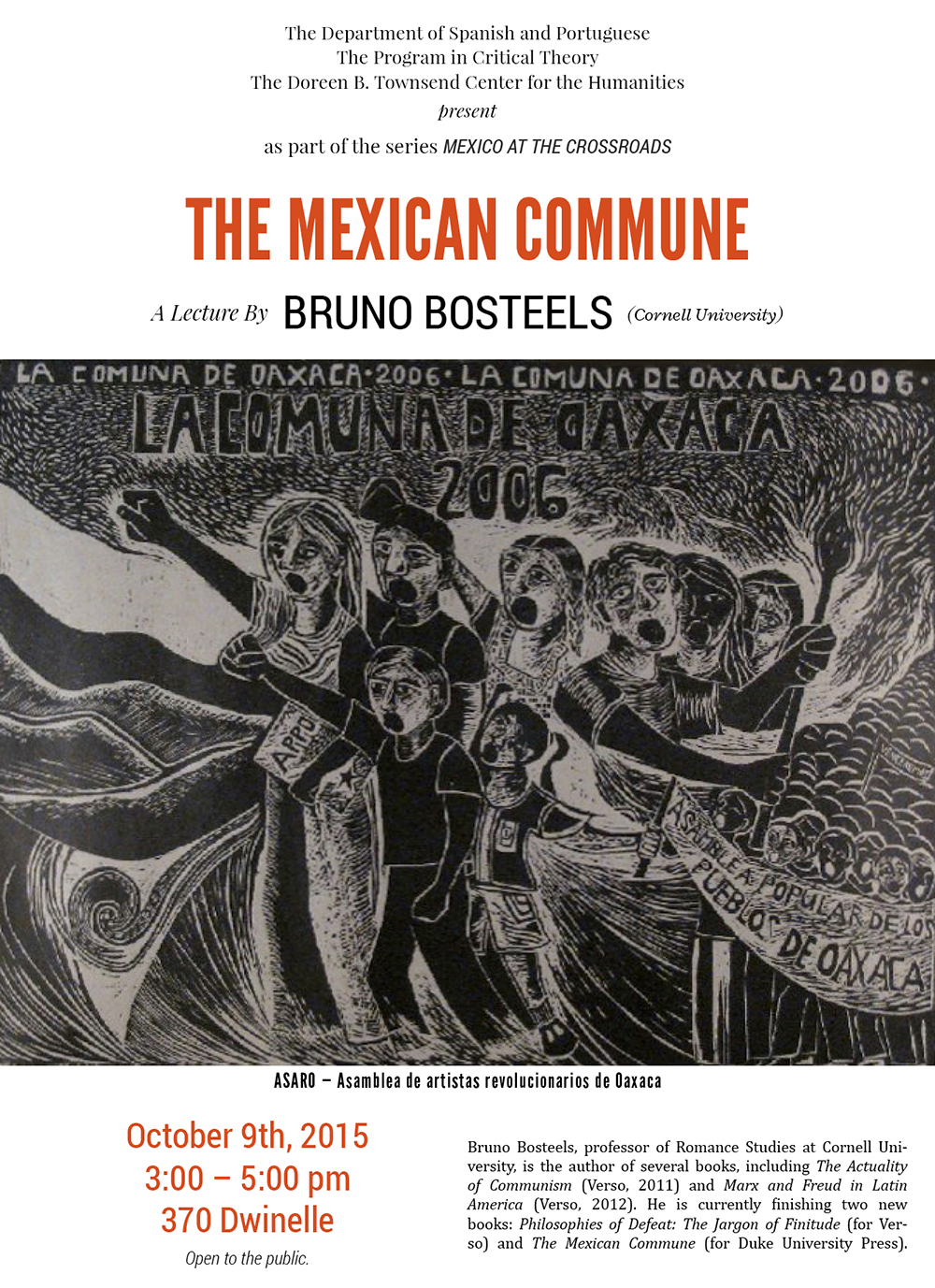 Bruno Bosteels, Professor of Romance Studies at Cornell University, is the author of several books, including The Actuality of Communism (Verso, 2011); and Marx and Freud in Latin America (Verso, 2012). His research interests include the crossovers between art, literature, and theory; the radical movements of the 1960s and 1970s; decadence, dandyism and anarchy at the turn between the 19th and 20th centuries; cultural studies and critical theory; and the reception of Marx and Freud in Latin America. He is currently finishing two new books: Philosophies of Defeat: The Jargon of Finitude (for Verso) and The Mexican Commune (for Duke University Press).

Presented by the Department of Spanish and Portuguese. Co-sponsored by The Program in Critical Theory and The Doreen B. Townsend Center for the Humanities.