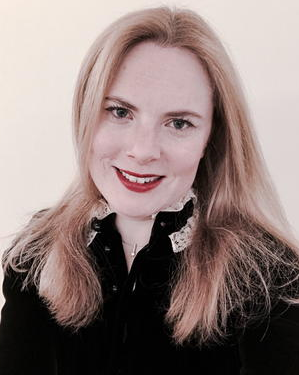 Every day we are told that politics is a matter of having a voice, of being heard, of listening, or, more often, of failing to. But what is the significance of this aural metaphorics in contemporary political discourse? And why continue to put faith in the circuit of mouth to ear if it has shown itself to be corruptible time and time again? There is a growing body of sound, multimedia, and performance art that grapples with these questions, inviting us to think the politics of aurality more rigorously. In this talk I present two examples that reveal the voice and listening have always already gone into deconstruction and how this autoimmunity of aurality is the condition of (im)possibility of politics. Sharon Hayes’s practice has centered around the speech act, questioning the political and performative efficacy of vocal address, but in pieces such as Parole she ties this problematics of the voice to using a microphone to listen not just to speech but to ambient sound. I read her work as a reflection on the telephonic address as it is theorized in the dialogues between Jacques Derrida and Hélène Cixous and on the way in which political speech derives its force and its fragility from its attempt to keep open a connection to the lost (maternal) object. I then sketch out the more thorough-going focus on listening found in the work of sound art collective Ultra-red whose members have been engaged in housing, education, and AIDs activism in the US, the UK, and Germany, developing protocols for critical listening in the context of popular pedagogy and grassroots organizing. Their practice, I argue, mobilizes the notion that we only ever listen by way of the ear of the other, posing difficult questions for activism in an age of neoliberal authoritarianism.

Naomi Waltham-Smith currently teaches at the University of Pennsylvania in Music and Comparative Literature & Literary Theory, and in January she takes up a position as Associate Professor in the Centre for Interdisciplinary Methodologies at the University of Warwick. Her work traverses recent continental philosophy, sound studies, and music theory and has appeared in journals including diacritics, boundary 2, parrhesia, CR: The New Centennial Review, Music Theory Spectrum, Journal of Music Theory, and Music Analysis. She is author of Music and Belonging Between Revolution and Restoration (Oxford UP, 2017) and her second book, The Sound of Biopolitics, is forthcoming in Fordham UP’s Commonalities series. In 2019–2020 she will be a fellow at the Akademie Schloss Solitude in Germany.

Sponsored by the Department of Music.