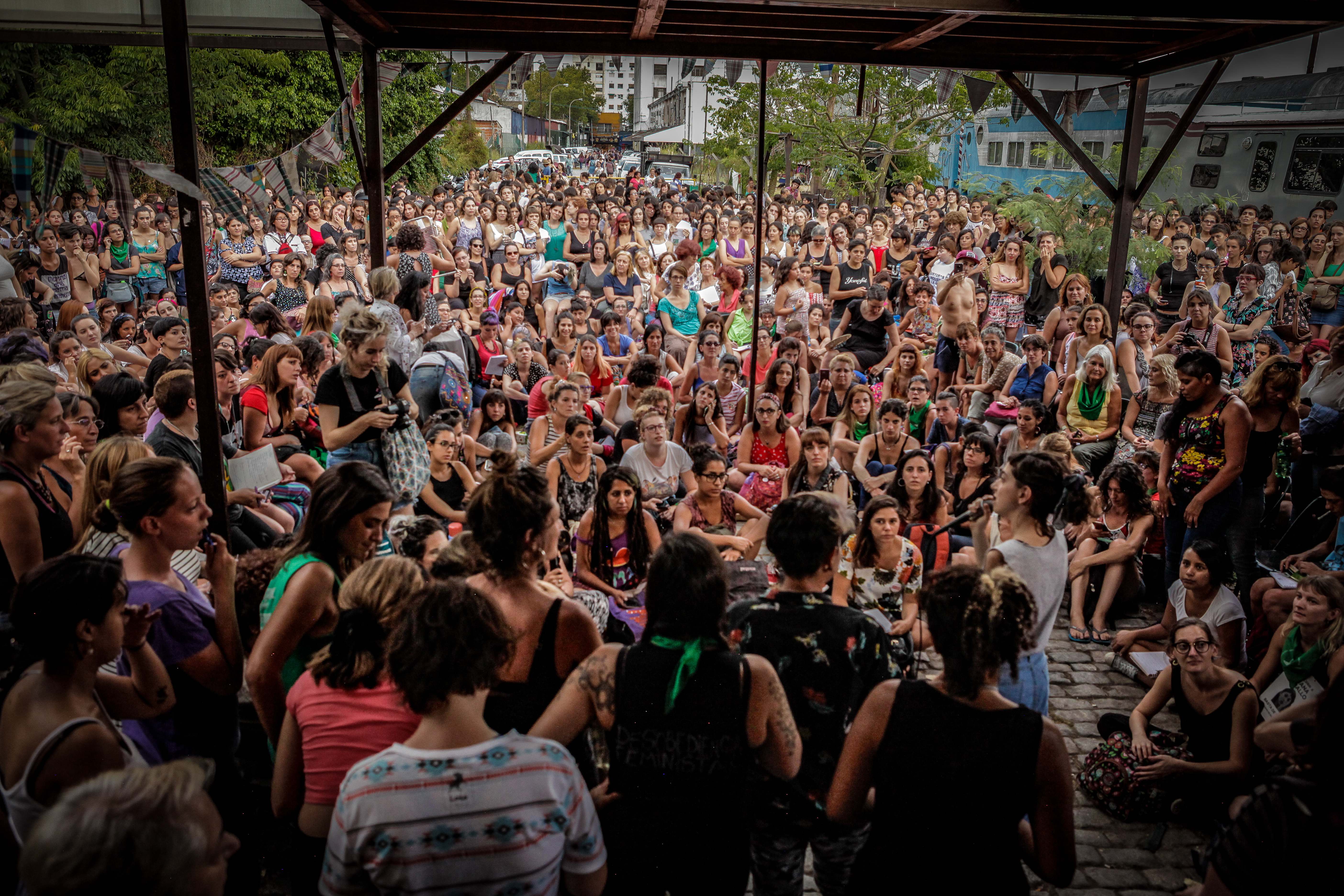 This event brings together key players in the current and renewed wave of feminism in the Global South. Each of the participants will give a ten-minute presentation touching upon what they see as the most urgent matters at hand, followed by a discussion of political strategies in their respective geographies. By connecting recent Argentine and Turkish/Kurdish practices of grassroots organizing and resistance, as well as debates and theorizations relating to gender, citizenship, and violence, the activist-scholars will weave together emerging alternatives that push back against neoliberalism’s stealthy offensive. They will discuss the ways in which the movements to which they belong work to defend increasingly precarious female bodies and lives without recourse to neoliberal discourses on “security.” The initial presentations will be followed by a second round of conversations on topics that are of global concern to the new wave of feminism: state repression, machismo, nationalism, fascism, self-defense, and internationalism. Radicalizing Feminisms is both about radicalizing feminist discourse from within and from without its traditional sites of formulation (usually Western and middle-class milieus), and about bringing forward concrete experiences of collective struggles that can inspire and guide us.

Natalia Brizuela is Associate Professor of Modern and Contemporary Latin American Literature & Culture in the Departments of Spanish & Portuguese and Film & Media at the University of California, Berkeley. She is the author of Fotografia e Imperio. Paisagens para um Brasil Moderno (Cia das Letras, 2012); Depois da fotografia. Uma literatura fora de si (Rocco, 2014); Y todo el resto es literatura. Ensayos sobre Osvaldo Lamborghini (Interzona, 2008); and The Matter of Photograhy in the Americas (Stanford University Press, 2018). She is currently at work on a study of time as critique in contemporary aesthetics.

Marta Dillon is a journalist, writer, and activist. She has collaborated with both Argentine and international publications, including Rolling Stone, Black Label, and Luna Cornea. Since 2002 she has directed the feminist supplement “Las12” in the Argentine newspaper Página12. In 2008 she founded the supplement “Soy,” dedicated to diverse sexual and gender issues, which she directed until 2012. She is the author of the books Aparecida (Sudamericana, 2015), Corazones Cautivos, la vida en la cárcel de mujeres (Aguilar, 2008), and Vivir con virus (Norma, 2004 and Edulp, 2016). She has written scripts for documentary films such as Linea 137 (2016), La Bella Tarea (2011), Visibles (2010), Tracción a Sangre (2008), and wrote the script of the fiction film, 23 pares (2012). She is a member of the Ni Una Menos collective, the Lohana Berkins collective, and is the founder of Emergente, an online media activist journal.

Zeynep Gambetti is professor of political theory at Boğaziçi University, Istanbul. She worked as a journalist and editor in several newspapers before obtaining her PhD at the University of Paris VII. Her academic work focuses on the Kurdish and Zapatista movements, “Occupy Gezi,” violence in the neoliberal era, and theories of collective agency. She takes part in Kurdish and feminist struggles in Turkey. Among her edited books are Rhetorics of Insecurity: Belonging and Violence in the Neoliberal Era (New York University Press, 2013), and Vulnerability in Resistance: Politics, Feminism, Theory (Duke University Press, 2016).

Cecilia Palmeiro is an Argentinean academic, writer, and activist. She teaches Contemporary Latin American Studies at NYU in Buenos Aires, and Latin American Literature and Gender Theory at National University of Tres de Febrero (UNTREF). She has published the books Desbunde y felicidad: De la cartonera a Perlongher (2011) and Néstor Perlongher: Correspondencia (2016), and the novel Cat Power: La toma de la Tierra (2017). She is a member of the Ni Una Menos feminist collective and curator, with Fernanda Laguna, of the live archive on art and feminism, Mareadas en la marea (High on the Tide).

Özlem Yasak is a Kurdish activist and scholar from Diyarbakir, Turkey, where she served as the former Foreign Relations Coordinator and Social Programs Department Coordinator to the 118 municipalities and mayors in the Union of Southeastern Anatolia Region Municipalities (GABB), the Kurdish Municipalities in Turkey. Her work responsibilities include local government, social policies, international relations, women and gender, women, peace and security, political participation, urbanization, conflict resolution, human rights, migration, children, and poverty. She has spoken at numerous conferences and academic institutions on issues related to Kurdish concerns, peace and women, and women’s movements in the Middle East. She has co-edited three books on women, local governments, and honor killings. She has been in exile in the United States since May 2017.