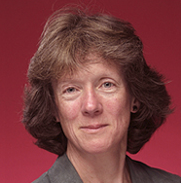 What makes a political theory a critical theory of politics? What critical theory of politics responds best to the particular challenges of our times? Drawing on a conception of critical theory indebted to the Frankfurt School tradition of theorizing, but integrating new impulses from outside it, I identify the salient features of a critical theory of politics. Using this general account as a frame, I propose a particular theory designed to fit contemporary democracies in which there is a plurality of values and corresponding modes of behaviour and practices. Non-authoritarian authority is at the centre of my critical theory of politics, partly because it is a key factor, determining how we think of important concerns such as human well-being, ecological sustainability and global justice, and partly because of the current global upsurge in democratic support for authoritarian political regimes. Authoritarian forms of power undermine individual freedom because they impose ways of thinking and acting on their subjects, bypassing their rational agency. By contrast, non- authoritarian, yet authoritative forms of power foster individual freedom by offering their subjects ethical orientation in their endeavors to lead lives for which they can take rational responsibility. Underlying my argument is a conceptualization of the idea of individual human freedom as a maturational process involving interactions between human subjects in relation to the validity of their particular ethical values. Its full development is shown to require non-authoritarian, yet authoritative social institutions.

Professor Maeve Cooke is Professor of Philosophy at UCD School of Philosophy and a member of the Royal Irish Academy, as well as a visiting scholar in the Program in Critical Theory for the 2017-2018 school year. Her books include Language and Reason: A Study of Habermas’s Pragmatics (MIT Press 1994) and Re-Presenting the Good Society (MIT Press 2006). She has published numerous articles in scholarly journals and edited collections and has delivered hundreds of papers to academic audiences throughout the world. Her work has been translated into German, French, Spanish, Italian, Portuguese, Czech and Chinese. She is a regular contributor to public discussions in Ireland. She has held visiting appointments at leading universities in Germany and the USA and is the recipient of multiple prestigious research fellowships and awards. She sits on the editorial boards of a number of scholarly journals and is a co-director of the international colloquium “Philosophy and the Social Sciences,” which meets annually in Prague.