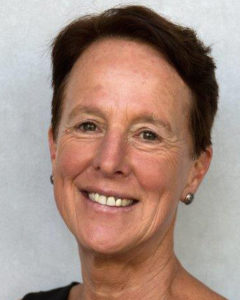 This is the 2018 Bernard Moses Memorial Lecture.  This annual event is part of the Graduate Council & Graduate Division Lectures.

Recent hard right political mobilizations in the West are commonly framed as rebellions against neoliberalism. This lecture questions that framing as it identifies neoliberal reason with the aim to replace robust democracy and social justice with authoritarian liberalism, traditional morality and, of course, unregulated markets. Politically pacified citizens disciplined by patriarchal families and free markets, themselves secured by lean, strong states—this was the neoliberal dream. The dream twisted, of course, and the lecture concludes with reflections on the current conjuncture.

Wendy Brown is Professor of Political Science, with affiliations in Rhetoric and the Program in Critical Theory. She is a political theorist who draws from the history of Western political thought, political economy, and Continental thought to illuminate contemporary formations and predicaments of power, freedom, citizenship and democracy. Walled States, Waning Sovereignty (2010), winner of the Easton Prize, analyzed post-1989 nation-state walling in the context of globalization’s erosion of state sovereignty. Undoing the Demos: Neoliberalism’s Stealth Revolution (2015), winner of the Spitz Prize, examined the corrosive effects of neoliberalism on democratic institutions and imaginaries. Neoliberalism’s Frankenstein (forthcoming, 2019) theorizes the hard-right turn in the current political conjuncture.

Professor Brown is a 2017-18 Guggenheim Fellow and past recipient of Rockefeller, ACLS and Institute for Advanced Study fellowships. A dedicated teacher of graduate and undergraduate students, she received UC Berkeley’s Distinguished Teaching Award in 2016.  Her work is translated into more than twenty languages.