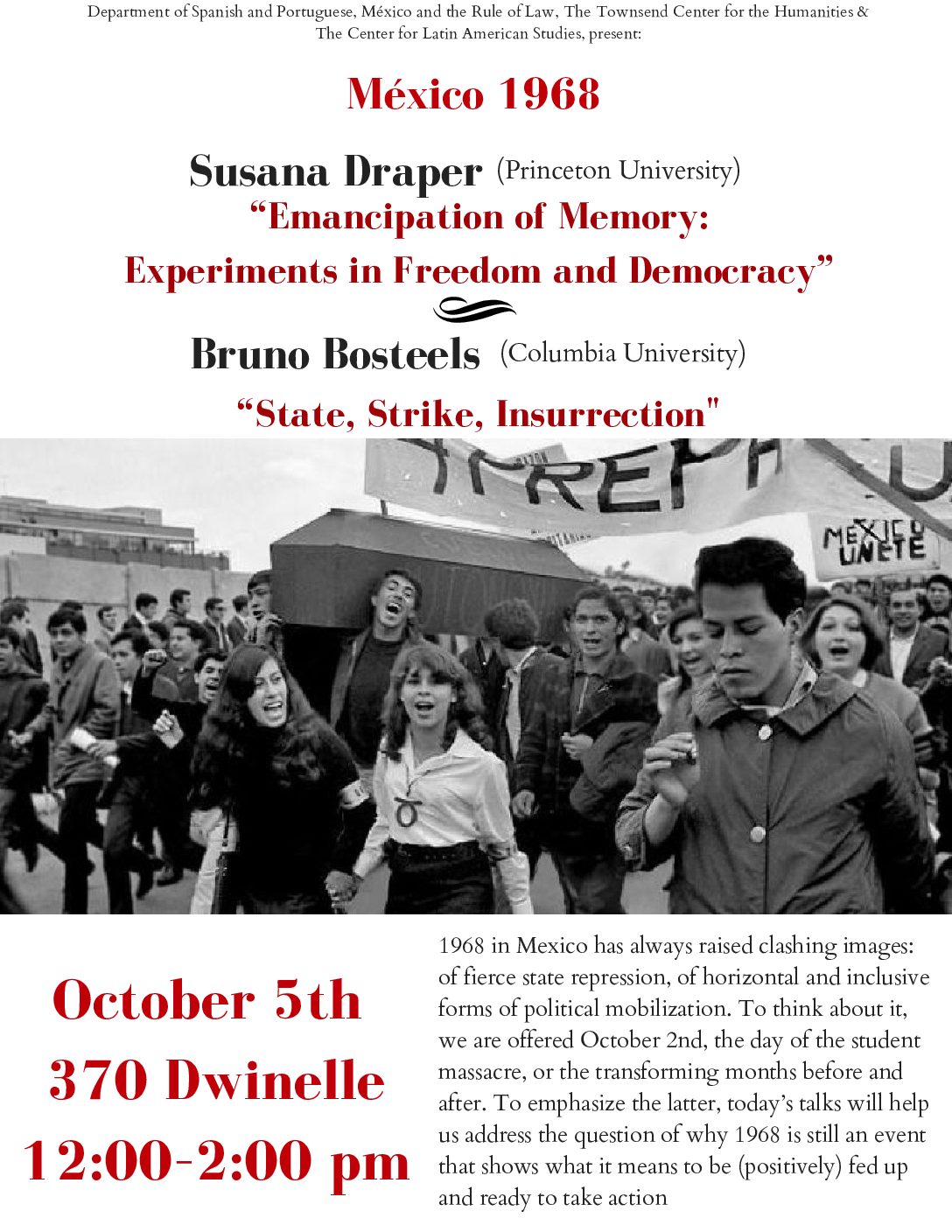 1968 in Mexico has always raised clashing images: of fierce state repression, of horizontal and inclusive forms of political mobilization. To think about 1968 we are offered October 2nd, the day of the student massacre, or the transforming months before and after. To emphasize the latter, today’s talks will help us address the question of why 1968 is still an event that shows what it means to be (positively) fed up and ready to take action.

Bruno Bosteels is professor in Latin American and Iberian Cultures and the Institute for Comparative Literature and Society at Columbia University. His research covers a wide range of topics in literature, culture, and politics in modern Latin America as well as contemporary philosophy and political theory. He is the author of Badiou o el recomienzo del materialismo dialéctico (Palinodia), Alain Badiou: une trajectoire polémique (La Fabrique, translated into German with Laika), Badiou and Politics (Duke), The Actuality of Communism (Verso, translated into German, Korean, and Serbian) and Marx and Freud in Latin America (Verso, Spanish translation with Akal). Between 2005 and 2011 he also served as general editor of Diacritics: Review of Contemporary Thought. He is currently preparing two new books, one on contemporary post-Heideggerian thought, titled Philosophies of Defeat: The Jargon of Finitude (Verso) and the other, The Mexican Commune (Duke). With Joshua Clover he edits the book series “Studies in Literature and Revolution” for Palgrave Macmillan; and with George Ciccariello-Maher the book series “Radical Américas” for Duke University Press. He is also the translator and/or editor of half a dozen books by Alain Badiou, among them Theory of the Subject (Continuum/Bloomsbury), Philosophy for Militants (Verso), Rhapsody for the Theatre (Verso), Wittgenstein’s Antiphilosophy (Verso) and The Adventures of French Philosophy (Verso).