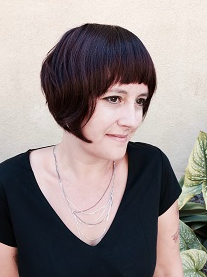 This talk offers a history of “methodological individualism” (MI), tracing MI to its origins in marginal utility theory and describing its codification by microeconomics. Arguing that MI constituted a radically new theory of the individual subject in the social world, it attends to MI’s ideological coherence, suggesting that the rabid anti-socialism of microeconomic individualism in this period drifted into less explicitly political uses of MI outside economics, particularly the individualism v/s holism debate in the social sciences. But it also seeks to describe MI’s theoretical incoherence, pointing to the thinness of its homogenizing account of individual preference and identifying the deep contradictions within its anti-social theory of society.

Annie McClanahan is an associate professor of English at UC Irvine. Her first book, Dead Pledges: Debt, Crisis, and 21st Century Culture (Stanford, 2016) explores the ways that U.S. culture—from novels and poems to photojournalism and horror movies—has responded to the collapse of the financialized consumer credit economy in 2008. She is also working on two new projects. The first explores discourses of economic stagnation, from classical political economy to Keynesian economics, focusing especially on the return of this anxiety in the post-2008 moment. The second is a cultural history of the rise of microeconomics, taking the measure of microeconomics’ influence on cultural production and critical theory across the long 20th century.

Co-sponsored by the Department of English.