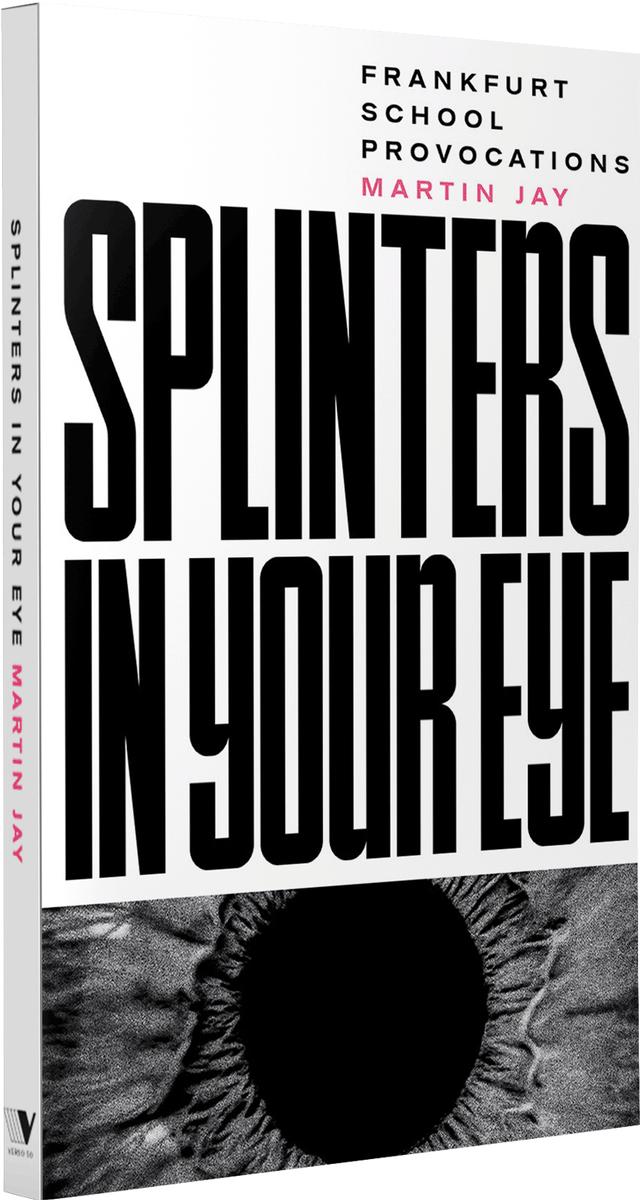 Please note: the event is free, but registration is required. Register for the event on Eventbrite here.

Presented by City Lights Booksellers & Publishers, San Francisco, California, in conjunction with the University of California at Berkeley’s Program in Critical Theory, and Verso Books.

The evening will begin with a short introduction by Robert Kaufman of UC Berkeley’s Program in Critical Theory and Comparative Literature Department.

Although successive generations of the Frankfurt School have attempted to adapt Critical Theory to new circumstances, the work done by its founding members continues in the twenty-first century to unsettle conventional wisdom about culture, society and politics. Exploring unexamined episodes in the school’s history and reading its work in unexpected ways, the essays gathered in Martin Jay’s new book Splinters in Your Eye: Frankfurt School Provocations provide ample evidence of the abiding relevance of Horkheimer, Adorno, Benjamin, Marcuse, Löwenthal, and Kracauer in our troubled times. Without forcing a unified argument, these essays range over a wide variety of topics: from the uncertain founding of the School to its mixed reception of psychoanalysis; from Benjamin’s ruminations on stamp collecting to the ironies in the reception of Marcuse’s One-Dimensional Man; from Löwenthal’s role in Weimar’s Jewish Renaissance to Horkheimer’s involvement in the writing of the first history of the Frankfurt School. Of special note are the Frankfurt critics’ responses to issues surrounding visual perception and experience, including the emancipation of color in modern art, the Jewish prohibition on images, the relationship between cinema and the public sphere, and the sociopolitical implications of the celebrated “Family of Man” photographic exhibition. The collection ends with an essay that traces the still-metastasizing demonization of the Frankfurt School—by the so-called “Alt Right” as well as currents within the more familiar Old Far Right—for allegedly being the source of “Cultural Marxism” and “political correctness” (a demonization which has gained alarming international resonance and led to devastating violence by radical right-wing terrorists).

Martin Jay taught Modern European Intellectual History and Critical Theory at UC Berkeley for forty-five years. Among his many works are The Dialectical Imagination; Marxism and Totality; Adorno; Permanent Exiles; Fin-de-siècle Socialism; Force Fields; Downcast Eyes; Cultural Semantics; Refractions of Violence; Songs of Experience; The Virtues of Mendacity; Essays from the Edge; Kracauer l’exilé; and Reason after Its Eclipse. He has been a regular columnist for Salmagundi since 1987.

Paul Breines attended the University of Wisconsin, Madison, where he became active in the Student Council on Civil Rights. With three other activists he was arrested in Jackson, Mississippi for participating in the Freedom Rides during the summer of 1961. Breines went on to teach History for decades at Boston College, and was an editor of the influential journal Telos. Among his writings are TOUGH JEWS: Political Fantasies and the Moral Dilemma of American Jewry; and The Young Lukács and the Origins of Western Marxism.

To view a recoding of this event, please visit the City Lights Booksellers & Publishers YouTube page.