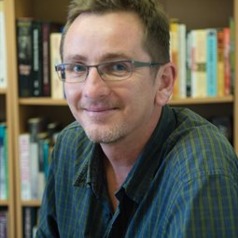 Advance registration for the seminar is required. To register and receive materials, please contact info.ictconsortium@berkeley.edu.

Theoretical and political debates of the past half-century circled around different notions of the improper—différance, the real, the “other,” antagonism, and excess all allude to an impossibility that disturbs, yet simultaneously lends coherence to, what is deemed proper. However, the play between the proper, propriety and the improper is ignored in post-foundationalist debates about the political. Introducing an improper politics, I develop a conceptual vocabulary to engage with the politics of property and inequality from a post-foundational perspective. I characterize property, propriety and the proper as central to hegemonic order and democratic politics as improper, one way to reanimate the proper bounds of reason, dominant ontologies and the policing of the proper. Thinking democracy as an improper practice of equality accords a dignity to forms of politics often deemed marginal in democratic theory. For the purposes of this seminar, I select key arguments from three chapters of my forthcoming book Towards an Improper Politics. First, I propose rethinking theories of hegemony in terms of proprietary order. Second, drawing on an old debate between Agamben and Derrida, I aim to conceptualize the improper, and third, I frame democratic enactment as improper. I develop this argument through an improper reading of Occupy London, focusing on the reanimation of St. Paul’s cross as the only space where, for centuries, one could protest against the monarchy without sanction. After the so-called “Glorious Revolution” this right of exception was remade to exempt capital from taxation and national law—those ancient rights are now laid claim to by the tax haven that is the City of London.

Mark Devenney researches and teaches critical/poststructuralist theory and radical politics. He has recently completed a three-year research project on left-wing populism in global perspective. Mark is the author of Ethics and Politics in Contemporary Theory (2004/2011); Discourses and Practices of Terrorism (co-edited Bob Brecher 2010/2015) and Towards an Improper Politics (January 2020). He has published topics including post-colonial theory and politics; resistance literature and aesthetics; post-Marxism; discourse theory; suicide bombing and the politics of populism. Mark co-directs the Centre for Applied Philosophy, Politics and Ethics at the University of Brighton.