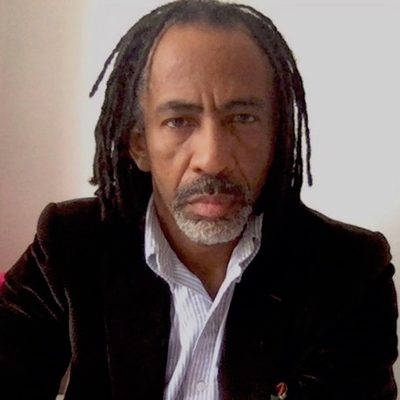 David Marriott’s Whither Fanon? Studies in the Blackness of Being (Stanford, 2018) is a book about colonialism, blackness, and psychopolitical claims. In this lecture he will expand on his understanding of the clinical process and the political process, as two special kinds of what Fanon calls “crystallization.” By thinking through the relation between art and decolonial culture with regards to a new revolutionary poesis—an event or opening altogether different from mimesis or identity—he claims that crystallization leaves us with an aesthetic that differs from previous ideas of copying and appropriation, to explore the contingency of sense.

David S. Marriott is a critic and a poet. He is Liberal Arts Professor of Philosophy and African American Studies at The Pennsylvania State University. He received his Ph.D. from Sussex University in Critical Theory and Poetics. Marriott researches and teaches in black cultural studies, poetics, psychoanalysis, philosophy, and visual culture. He is the author of Whither Fanon? Studies in the Blackness of Being (Stanford, 2018), Duppies (Commune Editions, 2018), which the Guardian named as one of the best books of poetry of 2018, Haunted Life: Visual Culture and Black Modernity (Rutgers, 2007), and On Black Men (Columbia, 2000). His articles appear in Qui Parle, New Centennial Review, New Formations, Cultural Critique, Postmodern Culture, Journal of Visual Culture, and edited anthologies. He is the author of several books of poetry. His research has been supported by fellowships and grants from the Stanford Humanities Center, the Leverhulme Research Council, the Arts and Humanities Research Council, and the UC Institute of Humanities Research Institute.  He is formerly a professor of the History of Consciousness Department Humanities Division, University of California, Santa Cruz.