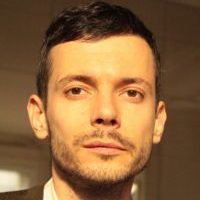 Located at the intersection of international history and intellectual history, this talk reconstructs the postwar trajectory of the Russian-born philosopher Alexandre Kojève (1902-1968). If Kojève’s interpretation of Hegel’s Phenomenology of Spirit has garnered significant scholarly attention, his career as a high-ranking French bureaucrat tends to be treated as an afterthought, even though Kojève himself considered it by far the most important of his intellectual and political commitments.

As a civil servant, Kojève was entrusted with devising the broad outlines of French trade policy. In his administrative writings as well as in his correspondence with the German jurist Carl Schmitt, the French overseas territories loomed large: colonialism, if appropriately reformed, was touted by Kojève as the wave of the future.

As national liberation movements across Africa and Asia successfully pushed for independence from European tutelage over the course of the 1960s, Kojève adapted effortlessly to the new geopolitical situation. He spent his last years calling for a more equitable global trade architecture, collaborating with noted dependency theorists and siding at the GATT Kennedy negotiations (1964-1967) with developing nations which wanted to shield their infant industries and denounced calls from developed nations for unfettered access to the markets of the Global South.