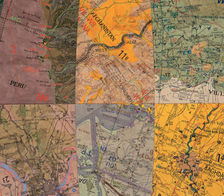 Hosted jointly by the Centre for Applied Philosophy, Politics and Ethics (CAPPE) at the University of Brighton, and the Department of Politics at Boğaziçi University, Istanbul, in collaboration with the International Consortium of Critical Theory Programs at the University of California, Berkeley, this conference brings together global reflections on critical responses to the fascisms and populisms of our time.

This conference takes place at an unprecedented time. The early years of the 21st century have seen the reemergence of fascisms; the naturalization of nationalist, populist, sexist, xenophobic and provocative hate speech and conduct; and the marginalization of local and global progressive politics. Many events suggest a return to the 1920s and 1930s: “democratically” elected politicians in the United States, Hungary, Turkey, and India have resorted to nationalist tactics, undermining law and parliamentary sovereignty; resentment of culturally or religiously distinctive “others” is nurtured to reactionary ends; millions of immigrants, refugees, and stateless people are refused recognition as rights-bearing human beings. Yet the world today is also profoundly different than it was in the 1930s. Political discourses are mediatized in real time across the globe and a single mode of networked and financialized production structures all economic and political activity. Class structures, resource distribution, and the forms that inequality takes have changed in unprecedented ways.

Critical theory has never contented itself with describing surface appearance—and there is no reason why it should today. Fascism, capitalism, and inequality have assumed new forms, and taken on different significance in novel social conditions. This conference aims to reinvigorate critical and theoretical approaches to the present, devoid of dogmatism, but committed to a politics of equality.

(a) to reanimate the analytical and critical tools of the past in addressing the xenophobic, fascistic, racist, and sexist tendencies of the present;

(b) to engage in debate with critical theoretical scholars from every part of the globe;

(c) to address the inequalities intrinsic to the global political order, while identifying the places, spaces, and practices which inspire democratic politics today.