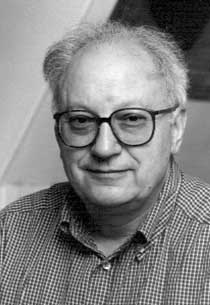 Advance registration for the seminar is required. To register, please contact info.ictconsortium@berkeley.edu.

Balibar will reflect on his relationship to reading Marx, starting with Reading Capital, his early work co-written with Louis Althusser.  He will seek to reconstruct his relation to Marx’s thought, communism, and engage the question of communism for the present and future.

Etienne Balibar teaches at Columbia every Fall semester. He is Professor Emeritus of moral and political philosophy at Université de Paris X – Nanterre and Professor Emeritus of Humanities at the University of California, Irvine. He also holds a part-time Anniversary Chair in Modern European Philosophy at Kingston University, London. He has published widely in the areas of epistemology, Marxist philosophy, and moral and political philosophy in general. His works include Lire le Capital (with Louis Althusser, Pierre Macherey, Jacques Rancière, Roger Establet) (1965); The Philosophy of Marx (1995); Spinoza and politics (1998); Politics and the Other Scene (2002); We, the People of Europe? (2003) ; Equaliberty (2014); Violence and Civility. On the Limits of Political Philosophy (2015); Citizen Subject. Foundations for Philosophical Anthropology (2017); Secularism and Cosmopolitanism (2018).

Jacques Lezra is Professor and Chair of Hispanic Studies at UC Riverside.  A scholar of comparative as well as Spanish-language literature, Lezra focuses his research in the fields of philosophy; the literature and visual culture of Spain and Europe in the early modern period; Marx and Marxism; and the theory, philosophy and practices of translation.  His most recent books are República salvaje: De la naturaleza de las cosas (Macul 2019); On the Nature of Marx’s Things (Fordham 2018), Untranslating Machines: A Genealogy for the Ends of Global Thought (Rowman & Littlefield, 2017), ‘Contra todos los fueros de la muerte’: El suceso cervantino (La Cebra, 2016) and Lucretius and Modernity (co-edited with Liza Blake; Palgrave, 2016).  His Wild Materialism: The Ethic of Terror and the Modern Republic (Fordham 2010) has been published in a Spanish translation (2012) and in Chinese (2013).  Earlier work includes a first book, Unspeakable Subjects: The Genealogy of the Event in Early Modern Europe and his edition (with Georgina Dopico Black) of Covarrubias’s ca. 1613 Suplemento al Tesoro de la Lengua Castellana.  In addition, Lezra has edited collections of essays on Allegory and Political Representation (with Tara Mendola); on the work of Althusser, Balibar and Macherey; and on Spanish republicanism.  He has published widely on Cervantes, Lope, Shakespeare, contemporary and early modern translation theories and practices, Freud, Althusser, Woolf, animality studies, and other topics.  Lezra is the co-translator into Spanish of Paul de Man’s Blindness and Insight.  With Emily Apter and Michael Wood, he is the co-editor of Dictionary of Untranslatables (2014), the English translation of Vocabulaire européen des philosophies.  With Paul North, he edits the Fordham University Press book series IDIOM.