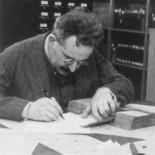 Join the Program in Critical Theory’s faculty and students for a panel discussion and Q&A about the Designated Emphasis (DE) in Critical Theory. All UC Berkeley Ph.D. students interested in applying to the DE (due March 19) are invited to attend. Refreshments and light snacks will be provided.

The Program in Critical Theory’s DE enables graduate students already enrolled in UC Berkeley Ph.D. programs from across the social sciences, arts, and humanities to obtain certification of a Designated-Emphasis specialization in Critical Theory. Students admitted to the DE who complete its requirements (three core courses and two electives) will receive a parenthetical notation to that effect on their doctoral degrees. The DE offers graduate fellowships, hosts international scholars, and presents lectures, seminars, and other events for the wider campus community and local public. Serving nearly 100 graduate students from the humanities, social sciences, and arts at UC Berkeley, the DE in Critical Theory also maintains important collaborative relations with other critical theory institutes and programs nationally and internationally.

Applications to the DE in Critical Theory are due Thursday, March 19 by 4 pm. All students enrolled in Ph.D. programs at UC Berkeley who have not already taken the QE are eligible to apply. To learn more about the application process and access application forms, visit Academics.