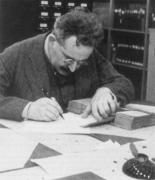 Join The Program in Critical Theory’s faculty and students for a panel discussion and Q&A about the Designated Emphasis (DE) in Critical Theory. All UC Berkeley PhD students interested in applying to the DE are invited to attend. Refreshments and light snacks will be provided.

Applications to the DE in Critical Theory are due Tuesday, March 6 by 4 pm. All students enrolled in Ph.D. programs at UC Berkeley who have not already taken the QE are eligible to apply. To learn more about the application process and access application forms, visit Academics.