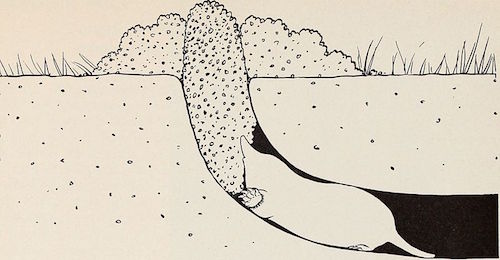 Please join us for the first meeting of the 2017-18 Critical Theory Working Group, which takes up the topic of Collaboration Thinking. The meeting will be co-facilitated by UC Berkeley Ph.D. candidate in the Department of English, Erin Greer, and Berkeley faculty in the Department of Theater, Dance, and Performance Studies, Dr. Angela Marino. Between the two they bring over a decade of organizing experience – the former from union organizing and the latter from community theater organizing. With Greer and Marino acting somewhere between moderator and participant in the conversation, we begin by self-reflexively asking: how is the working group itself a form of collaboration thinking? And, further: what are the roles of collaboration in building communities? In protecting communities? In cultivating a collective consciousness? And in developing different collective memories?

Greer and Marino have both contributed texts that I am circulating with this announcement for us all to read before the meeting. The texts include: four of Hannah Arendt’s lectures on Kant’s political philosophy; the last chapter of Linda Zerilli’s A Democratic Theory of Judgment entitled “Judging as a Democratic World-building Practice”; and the transcript of a conversation between Iñigo Errejón and Chantal Mouffe in their Podemos: In the Name of the People. All three texts are attached here.

Additionally, I have chosen a number of suggested readings; in particular, if you have the time I highly recommend reading co-facilitator Erin Greer’s recent article, “A Many-Sided Substance,” which works through elements Kantian aesthetic theory in Virginia Woolf’s The Waves towards a philosophy of conversation. This and the other suggested readings offer insights and reflections on a variety of topics surrounding the term “collaboration,” from collaboration and the Vichy period; to collaborative circle group dynamics (in particular, within the Frankfurt School); to canonical texts by Benedict Anderson, Jean-Luc Nancy, and Victor Turner on community, which implicitly and explicitly invoke certain ideas of what collaboration is, should, or could be in the process of community formation; to a cluster of reading around the recent (re-)emergence of the 1970s Russian Collection Action Group in the field of visual arts.

REMEMBER: all of these are only suggested—perhaps they can take the notion of collaboration in a direction that interests you, or troubles you, or somewhere else I can’t even imagine! And it is also entirely possible that you don’t have time to read anything beyond those three texts selected by our co-facilitators—that is okay too!!

All readings, both those selected by our co-facilitators and those suggested by me, are available for download from the Collaborations, Co-operatives, Coalition-building website.

I hope to see you on the 13th! If you can’t make it, make sure to check back in with the group’s website for notes and reflections from our first meeting!!

DEs in Critical Theory and Film

For more on the working group mission, meeting schedule, co-facilitators, readings, or access, visit collabscoopscoalitions.wordpress.com or criticaltheory.berkeley.edu; or email collabcoopcoalition@gmail.com.

Click here for directions to the BCNM Commons (340 Moffitt) at UC Berkeley.

The 2017-18 Critical Theory Working Group is sponsored by the UC Berkeley Program in Critical Theory with generous co-sponsorship from the Maxine Elliot Chair of Comparative Literature; the Arts Research Center; the Berkeley Center for New Media; and the Departments of Rhetoric and Theater, Dance, and Performance Studies.