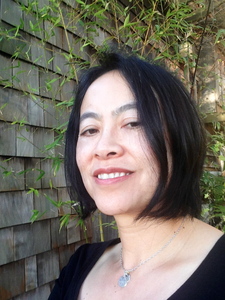 In an Arrighi-inspired model of literary history, Jed Esty has recently argued that periods of imperial crisis have also been periods in literature of “realism wars.” This account forces us to reconsider not only the question of whether postmodernism was the ascendant aesthetic of the 70s but also the question of whether postmodernism was in fact all along the realism of a financialized US economy. Not till the 1990s though, did the Asian American novel develop into a robust genre of the post-Bretton Woods credit economy, meaning it had to discover new imaginative means of rendering increasingly complex and abstract US-Asian economic relations realistic and ordinary. In 1976, when the first Asian American novel appeared, Maxine Hong Kingston’s The Woman Warrior, its form of appearance was highly irrealist. But unlike the magical realism of Latin American novels attributed to combined and unequal development, The Woman Warrior’s magical realism followed the shape of Mao Zedong’s “ceaseless revolution” as a figure for Chinese revolutionary history, which upheld the ongoingness of contradiction but also the primacy of politics over the economic. As such, the first Asian American novel, I argue, was a concrete product of global Maoism. It is a text whose rereading thus aids in the recovery of the (in hindsight increasingly) ambiguous meanings of the Chinese Cultural Revolution (1966-1976) as a political upheaval that coincided with the period Arrighi has termed the signal crisis of the US cycle of capital accumulation.

Colleen Lye is an affiliated faculty member of the DE in Critical Theory. She is on the boards of Representations, Inter-Asia Cultural Studies and Verge, a new journal on “Global Asias.” She has edited several special journal issues on financialization and the culture industry, peripheral realisms, forms of Asia, and the public university in crisis. One special issue she coedited with Chris Newfield collated activist writings from UC students involved in the 2009 movement against tuition hikes. Her current book-in-progress explores the post-70s crisis in world capitalism through the prism of the Asian American novel.