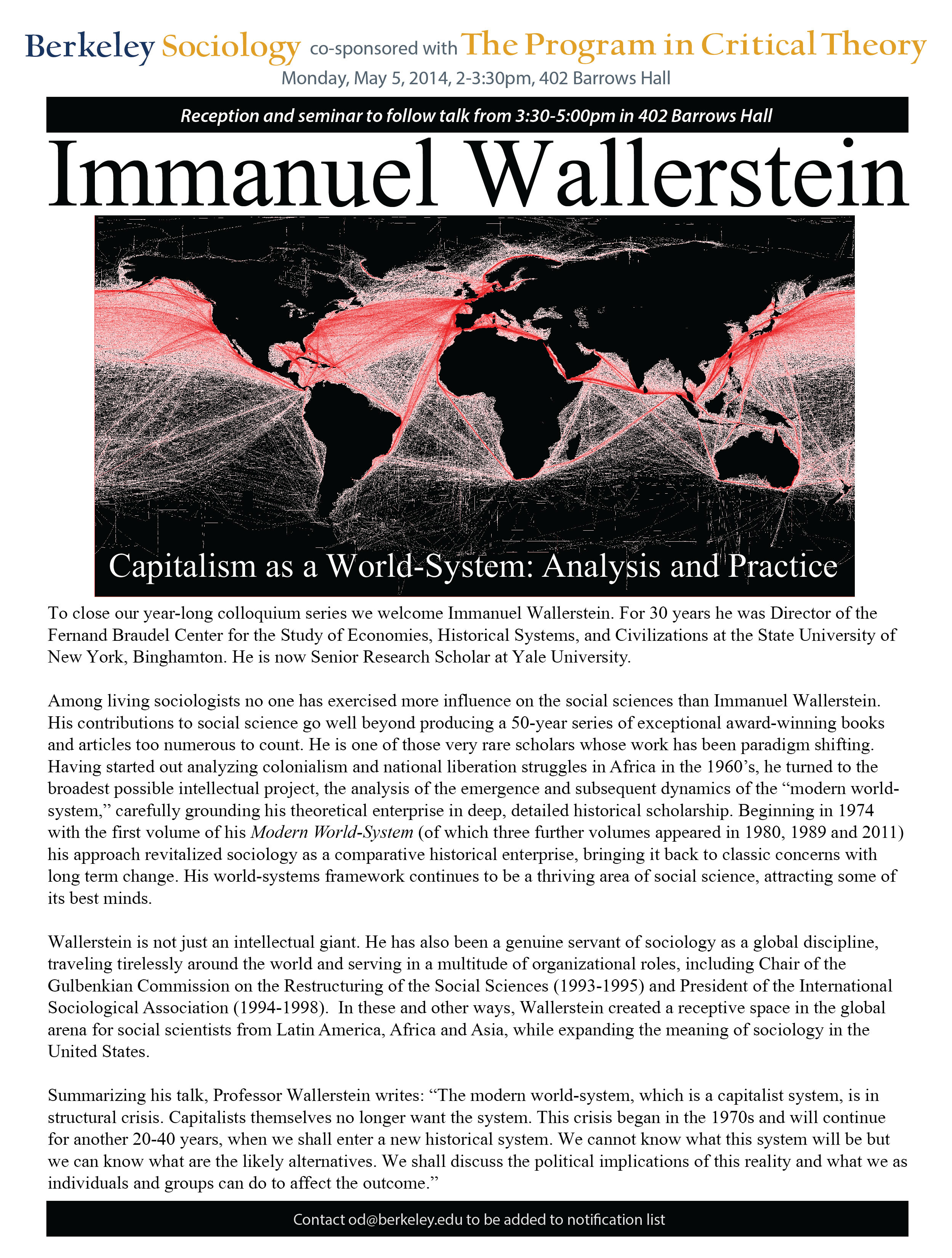 Among living sociologists no one has exercised more influence on the social sciences than Immanuel Wallerstein. His contributions to social science go well beyond producing a 50-year series of exceptional award-winning books and articles too numerous to count. He is one of those very rare scholars whose work has been paradigm shifting. Having started out analyzing colonialism and national liberation struggles in Africa in the 1960’s, he turned to the broadest possible intellectual project, the analysis of the emergence and subsequent dynamics of the “modern world-system,” carefully grounding his theoretical enterprise in deep, detailed historical scholarship. Beginning in 1974 with the first volume of his Modern World-System (of which three further volumes appeared in 1980, 1989 and 2011) his approach revitalized sociology as a comparative historical enterprise, bringing it back to classic concerns with long term change. His world-systems framework continues to be a thriving area of social science, attracting some of its best minds.

Wallerstein is not just an intellectual giant. He has also been a genuine servant of sociology as a global discipline, traveling tirelessly around the world and serving in a multitude of organizational roles, including Chair of the Gulbenkian Commission on the Restructuring of the Social Sciences (1993-1995) and President of the International Sociological Association (1994-1998). In these and other ways, Wallerstein created a receptive space in the global arena for social scientists from Latin America, Africa and Asia, while expanding the meaning of sociology in the United States.

Summarizing his talk, Professor Wallerstein writes: “The modern world-system, which is a capitalist system, is in structural crisis. Capitalists themselves no longer want the system. This crisis began in the 1970s and will continue for another 20-40 years, when we shall enter a new historical system. We cannot know what this system will be but we can know what are the likely alternatives. We shall discuss the political implications of this reality and what we as individuals and groups can do to affect the outcome.”