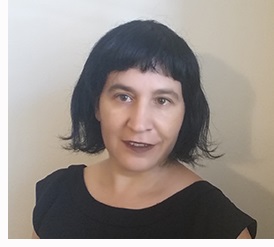 In this talk, Melinda Cooper asks why periods of capitalist breakdown are so often experienced as crises of reproduction and why the imagined solutions to such crises so predictably involve a return to reproductive order, with its attendant hierarchies of gender and race. The paper casts a critical eye on the role played by “reproduction” in Marxist feminist and anti-racist thought, arguing that the concept too often performs foundational and restorative work of its own. Professor Cooper begins by problematizing the role of ‘reproduction’ in Marx’s theory of capitalism, arguing that while Marx in volume 1 of Capital appeared to neglect or marginalize the role of women’s reproductive labor, he, in fact, made it foundational to the labor theory of value. This conceptual move was informed by the activism of trade unionists and Tory paternalists in the 1830s, who sought to set up a “natural” sexual division of labor after the fact by pushing women out of the factories. But Marx is a profoundly conflicted thinker and elsewhere in his work provides conceptual tools for undoing the (re)productive labor theory of value. With its theory of the double movement, the Grundrisse helps us to understand how capitalism leverages the breakdown of historical orders of reproduction while simultaneously keeping them alive as transcendent guarantors of the sexual and racial division of labor. From this perspective, ‘reproduction’ no longer appears as the natural or social foundation of value and a ground for anti-capitalist critique but must be understood as the constantly reinvented form in which capitalism stabilizes the transmission of property and the infra-class, sexual division of labor. Professor Cooper builds on this alternative perspective to interrogate the current period of neoliberal crisis and its signature fantasies of demographic decline and white masculine impotence.