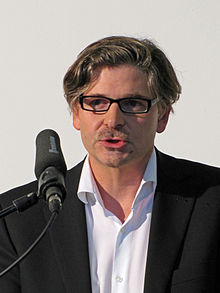 Many people have an intuitive sense that the built environment is bound up with politics. The lecture poses the question how we might think more systematically (and normatively) about the relationship between democracy and architecture as well as public spaces as a particular form of the built environment. A very basic distinction between representing democracy, on the one hand, and facilitating democratic practices, on the other, will serve as a structuring feature. Tracing the difficulties of representing democratic principles and/or “the people” historically, the speaker will address a number of successful examples in the US and Germany of how particular spatial arrangements can help democracy. Finally, he will pose the question whether the Internet/virtual space might replace actual physical space in fulfilling a number of functions foundational for democratic practices, continuous participation in particular – or whether filter bubbles and echo chambers will in fact contribute to democracy’s present-day decay.

Jan-Werner Mueller is a professor in the Department of Politics at Princeton University. He works on democratic theory and the history of political thought.  His books include Contesting Democracy: Political Ideas in Twentieth-Century Europe (2011) and Constitutional Patriotism (2007).  His book What is Populism? has been translated into more than 20 languages.

The Mosse-Lectures at Humboldt University in Berlin, founded in 1997, commemorate the history of the Mosse-family, the German-Jewish publisher Rudolf Mosse, and George L. Mosse – the eminent historian – who gave the series’ opening lecture on May 14, 1997. As an academic institution, the Mosse-Lectures follow the tradition of democratic liberalism in the spirit of Mosse’s newspaper Berliner Tageblatt with a strong commitment to cultural exchange, transfer of knowledge, and political enlightenment. With generous support from The Mosse Foundation, the Department of German brings selected Mosse-Lectures to Berkeley.

Prior to the Mosse-Lecture, Jan-Werner Müller will be available on Thursday, March 1 for an informal lunch in the German Department Library, 5337 Dwinelle, 12-1 p.m., followed by a conversation with interested students and colleagues in 1-3 p.m. in 282 Dwinelle. The conversation will be based on questions arising from reading Müller’s “The Wrong Way to Think about Populism” (an excerpt from his book What is Populism?).

Co-sponsored by the Department of German.