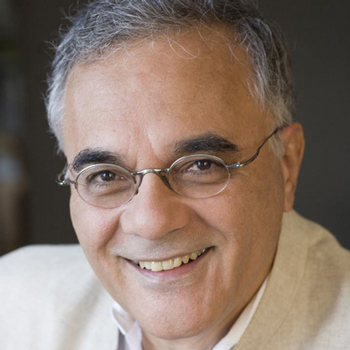 Mahmood Mamdani is Director of Makerere Institute of Social Research (MISR) at Makere University in Uganda. He received his Ph.D. in government from Harvard University. Mamdani is Herbert Lehman Professor of Government in the Department of Anthropology and Political Science and the School of International and Public Affairs at Columbia University, where he was also director of the Institute of African Studies from 1999 to 2004. He has taught at the University of Dar-es-Salaam (1973–1979), Makerere University (1980–1993), and University of Cape Town (1996–1999) and was the Founding Director of Centre for Basic Research in Kampala, Uganda (1987–1996). Mamdani is the author of Good Muslim, Bad Muslim: America, the Cold War and the Origins of Terror (Pantheon 2004); When Victims Become Killers: Colonialism, Nativism and Genocide in Rwanda (Princeton 2001); Citizen and Subject: Contemporary Africa and the Legacy of Late Colonialism (Princeton 1996); and ten other books. Mamdani was president of the Council for the Development of Social Science Research in Africa (CODESRIA) from 1999 to 2002.

Co-sponsored by the UC Berkeley Center for African Studies and the International Consortium of Critical Theory Programs with support from the Andrew W. Mellon Foundation.