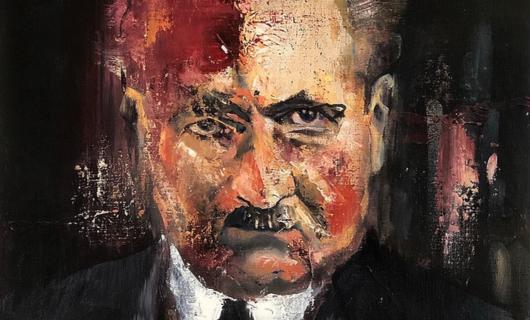 The primary thesis of this paper is that Heidegger’s “First Elaboration” of the thoughts that would emerge as his essay on “The Origin of the Work of Art” provides a tantalizing brief index of an insight into the work of art from which the later elaborations of the “Artwork” essay would progressively retreat. The secondary thesis of this paper is that, even if its primary thesis appears as though it were only a parody of the primary thesis Heidegger advances in Kant and the Problem of the Metaphysics, the index in question is itself parodic. Specifically—and this is the tertiary thesis—Heidegger follows Mephistopheles in parodying the angelic celebration of creation in the “Prologue in Heaven” with which Goethe’s Faust begins. Returning repeatedly to the angelic phrase, “as on the first day” (wie am ersten Tag), the paper asks, in short, why Heidegger for a moment adopts this phrase to capture the struggle from which the work of art originates—and why, in turn, he erases it ever afterwards.

Peter Fenves, the Joan and Serapta Professor of Literature at Northwestern University is a professor of German, Comparative Literary Studies, Jewish Studies, and Asian Languages and Cultures. He is the author of several books, most recently Walter Benjamin entre los filósofos (Santiago and Buenos Aires), The Messianic Reduction: Benjamin and the Shape of Time (Stanford), and Late Kant: Toward another Law of the Earth (New York and London).