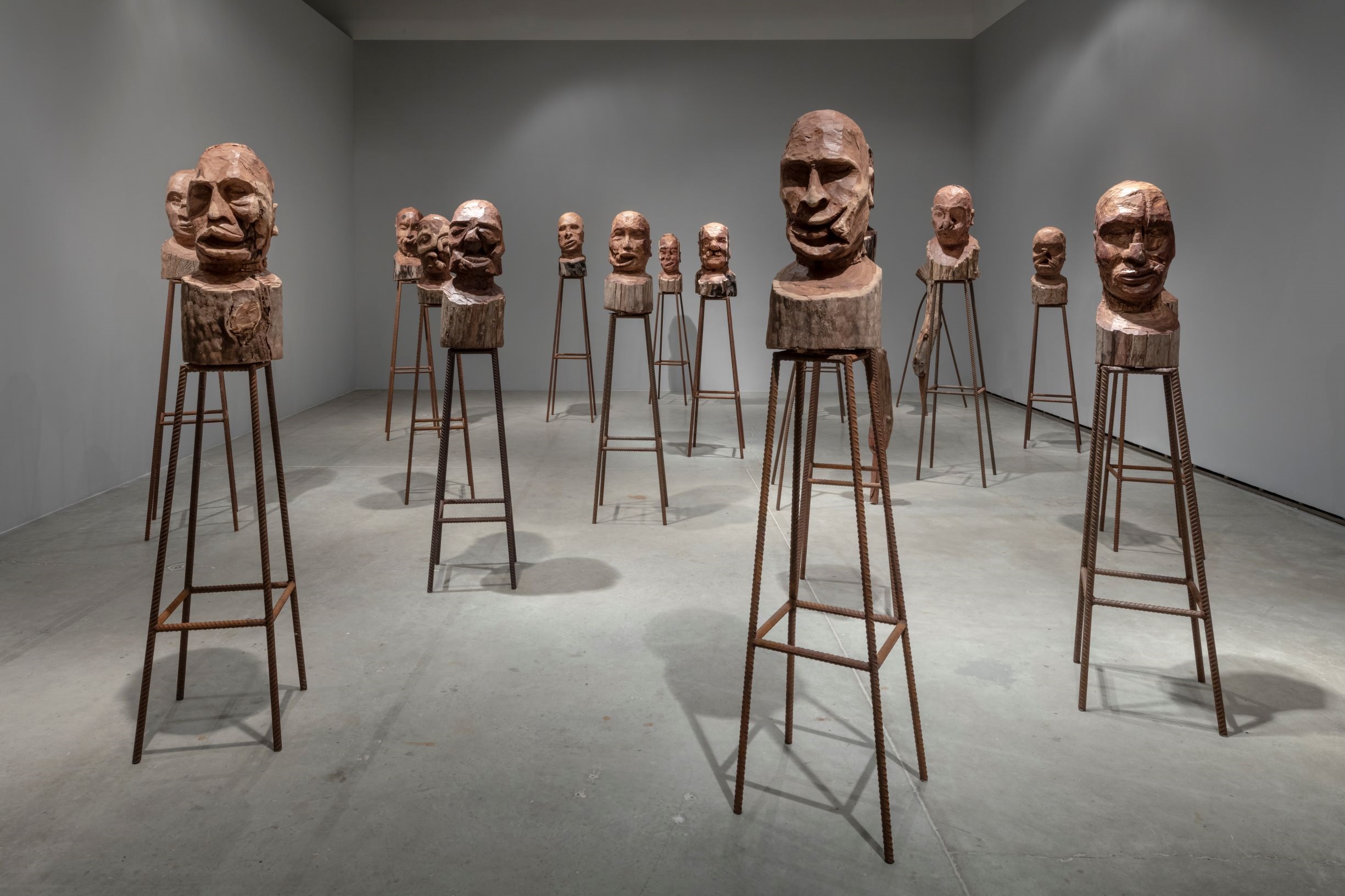 MATRIX artist Kader Attia is joined in conversation by Stefania Pandolfo, a professor of anthropology and member of the Critical Theory Program at UC Berkeley.

Attia and Pandolfo will discuss Attia’s approach to the concept of repair and the irreparable, after physical and psychological injury, particularly in a postcolonial context, and will reflect on Attia’s artistic process, the relationship of art and war, and the cathartic possibility of an “aesthetic of chaos.” Attia’s interest in and work with repair and healing stems from his intense study of postcolonial histories, and from a thining through of possible futures for formerly colonized societies.  Attia’s material and philosophical investigations of this subject have taken many forms, including lar-scale installations, sculpture, videos, photographs and collages.

Kader Attia’s first solo exhibition in California, MATRIX 274 at BAMPFA, presents his seminal work J’accuse (2016). The installation features seventeen busts carved out of teak wood that Attia produced, assisted by Senegalese craftsmen, utilizing images of disfigured World War 1 veterans who suffered severe facial injuries and subsequently underwent plastic surgery. The sculptures are situated before a clip of French director Abel Gance’s 1938 antiwar film, J’accuse, in which actual wounded veterans of the Battle of Verdun, known in French as les gueules cassées (“broken faces”), play themselves. Resurrected from the dead, they march through the streets to warn the world of the atrocities of war. The title of the installation references both Gance’s film and Emila Zola’s “J’accuse!” (1898), an open letter to the president of France in defense of Alfred Dreyfus, a Jewish officer falsely imprisoned for espionage as a result of an antisemitic conspiracy within the French army. Through the installation, Attia ponders the relationship of art and war, through the emergence of “an aesthetic of chaos” on the disfigured faces of veterans, and the disorientation /awakening this produces in the viewer. For more information on Attia’s work and its exhibition at BAMPF, go to https://bampfa.org/pogram/kader-attia-matrix-275