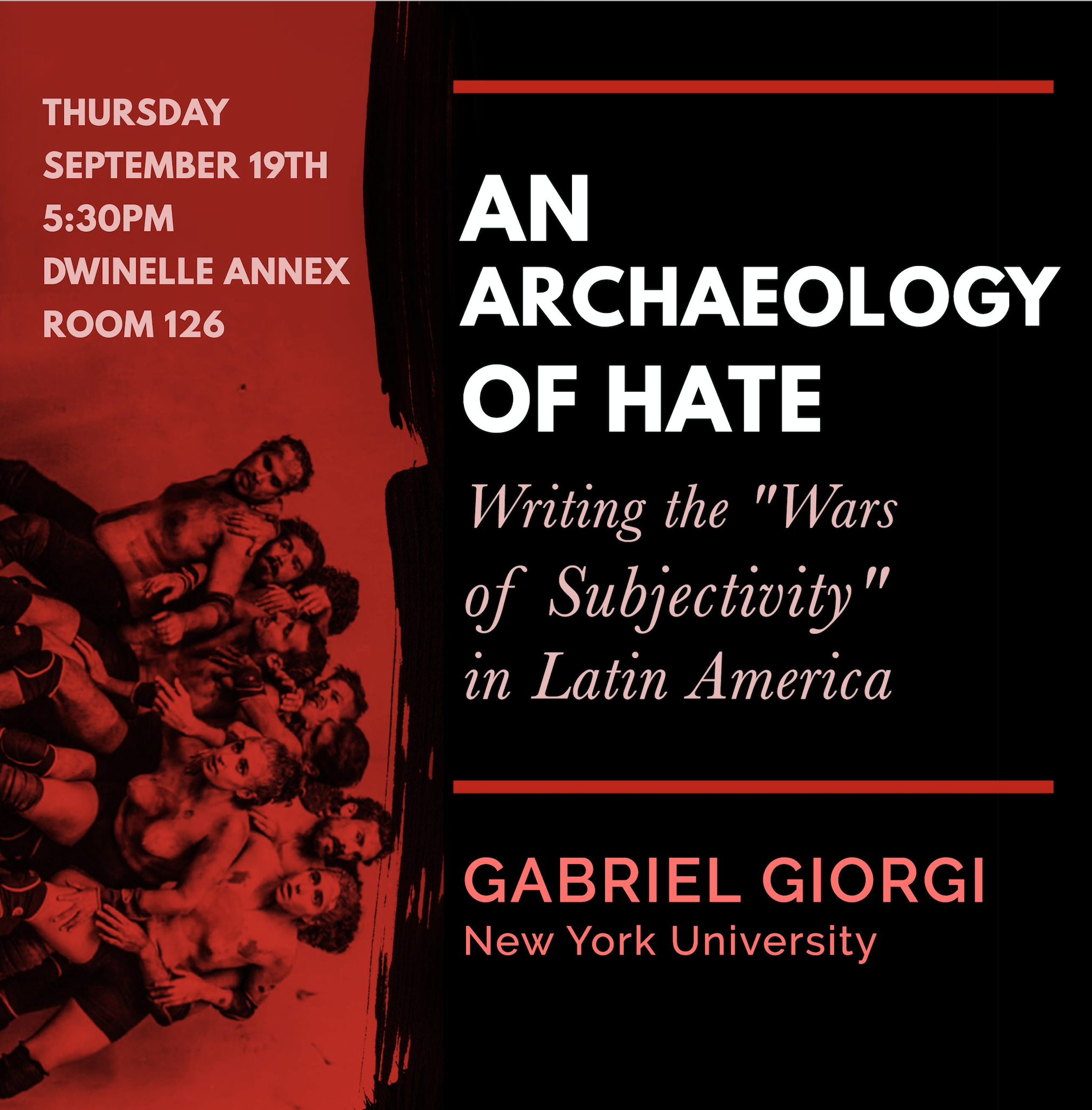 Recent reconfigurations of political subjectivities in South America gave impulse to the new rise of the right (or what many call the “the conservative restoration”), making hate gravitate as the political affect that infuses new tonalities in the public sphere. These reconfigurations of subjectivity, however, are inseparable from another transformation, that seems unrelated and yet reveals itself as crucial: that of the technologies, circuits, and publics of writing. Recent art installations focused on hate —Odiolândia (Hateland, by Giselle Beiguelmann, in Brazil), Menos Um (One Less, by Veronica Stigger, Brazil) and Diarios del odio (Hate Dairies, by Jacoby/Krochmalny in Argentina) — explore the intersections between online writing, hate and “wars of subjectivity,” showing the emergence of new political enunciations and the displacements of the cultural pacts that shaped the democracies in the region after dictatorship. Hate, here, points to a complex array of affective forces, cultural grammars and reconfigurations of the public (and publics) in which biopolitical markers are mobilized and projected onto new scenarios. The tentative mapping of these new scenarios, and of the reimagination of “democracy” they impose, are the goals of this talk —together with the critical conversation about how we analyze and intervene upon the articulations between writing (and therefore, the literary) and democratic subjectivation.

Gabriel Giorgi specializes in Latin American Modern and Contemporary Literature and Culture in the Department of Spanish and Portuguese at New York University. He is the author of two books: Sueños de exterminio. Homosexualidad y representación en la literatura Argentina (2004) [Dreams of extermination. Homosexuality and representation in Argentinian literature] and Formas comunes. Animalidad, cultura, biopolítica (2014) [Common shapes. Animality, culture, biopolitics] and the coeditor of Excesos de vida. Ensayos sobre biopolítica (2007) [Life excesses. Essays on biopolitics]. He has done research on a number of topics that range from depictions of illness in Argentinian and Brazilian culture to issues dealing with territoriality, zones of exception and national borders under neoliberalism. He is one of the most visible scholars in Latin American Studies dealing with questions that intersect biopolitical thinking, critical theory and gender studies with literature, contemporary art, installation and media from the South.

Co-sponsored by the Department of Spanish and Portuguese, Center for Latin American Studies, Townsend Center for the Humanities, Department of Comparative Literature and the Program in Critical Theory.