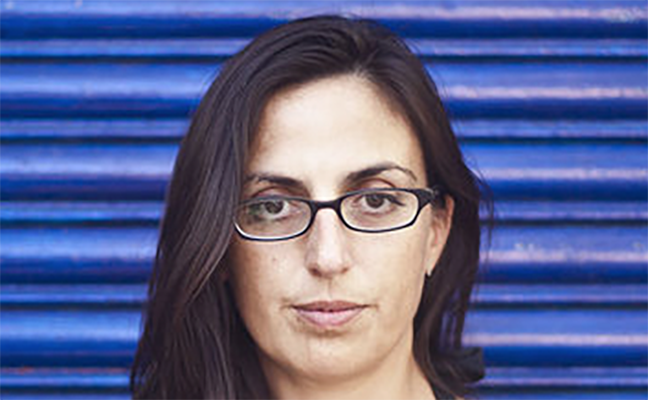 This is the second of three campus events with Verónica Gago. She is also participating in a conversation with Wendy Brown and leading a seminar while on campus.

Verónica Gago teaches Political Science at the Universidad de Buenos Aires and is Professor of Sociology at the Instituto de Altos Estudios, Universidad Nacional de San Martín. She is also Assistant Researcher at the National Council of Research (CONICET). Gago is the author of Neoliberalism from Below: Popular Pragmatics and Baroque Economies (Tinta Limón 2014, Duke University Press, 2017) and of numerous articles published in journals and books throughout Latin America, Europe and the US. She is a member of the independent radical collective press Tinta Limón. She was part of the militant research experience Colectivo Situaciones, and she is now a member of Ni Una Menos.

Leslie Salzinger is Associate Professor of Gender and Women’s Studies. She got her PhD in Sociology at UC Berkeley and previously taught in the sociology departments at the University of Chicago and and Boston College. She is an ethnographer, focused on gender, feminist theory, economic sociology, and neoliberalism. Much of her research has focused on Latin America. Her primary theoretical interests lie in the cultural constitution of economic processes, and in the creation of subjectivities within political economies. Her award-winning first book, Genders in Production: Making Workers in Mexico’s Global Factories, analyzed the gendered dimensions of transnational production. Her current work in progress, Model Markets: Peso Dollar Exchange as a Site of Neoliberal Incorporation, analyzes peso/dollar exchange markets as crucial gendered and raced sites for Mexico’s shift from “developing nation” to “emerging market.” Her work on the role of masculinity in the evolution of contemporary global capitalism across sites from both projects is encapsulated in the 2016 essay “Re-Marking Men: Masculinity as a Terrain of the Neoliberal Economy.” In addition to the Sociology Department, Professor Salzinger is affiliated with Berkeley’s Program in Critical Theory.