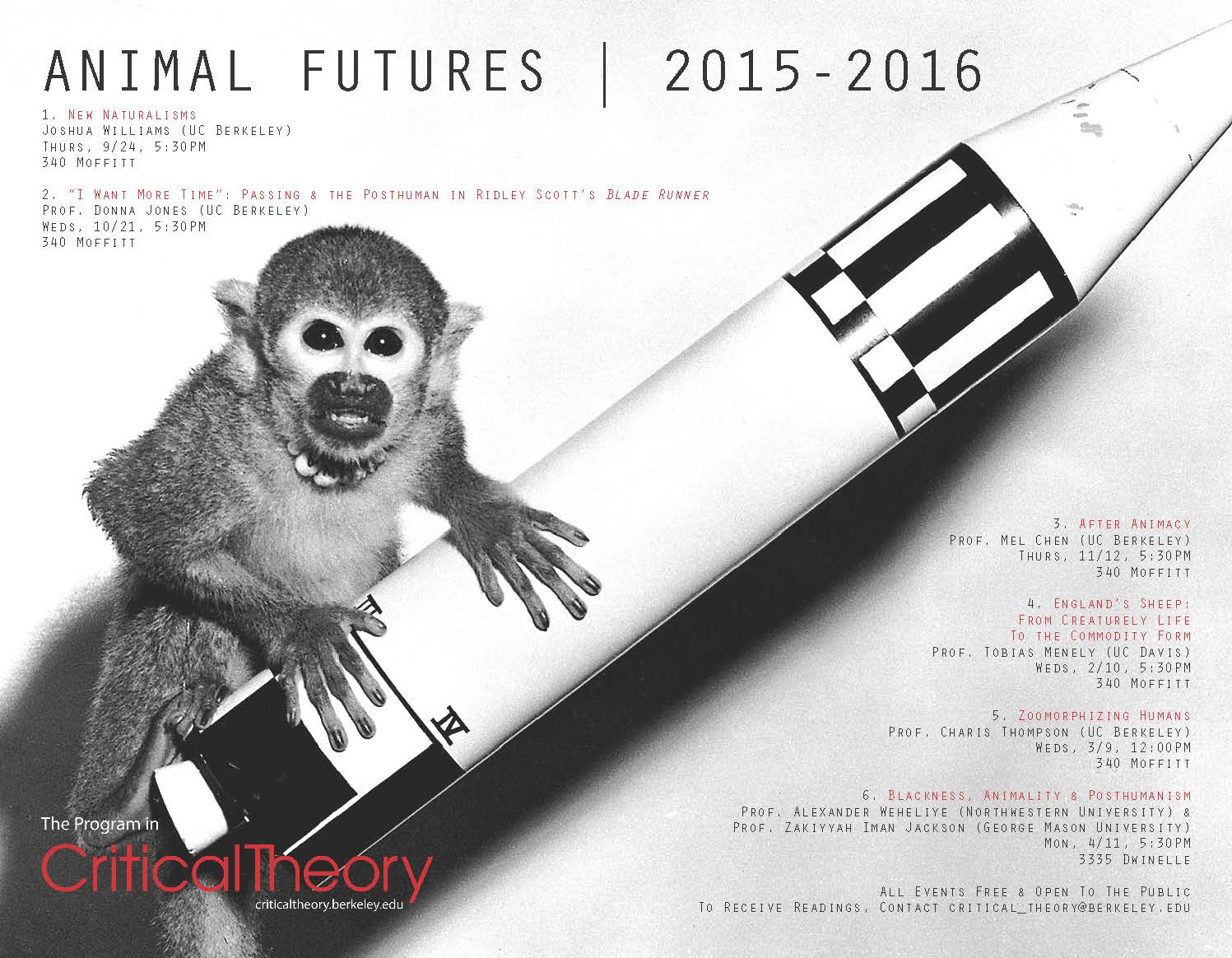 Joshua Williams explores a recent groundswell in North American and European visual and performance art that attempts to rehabilitate and repurpose the universalist scopic regime of nineteenth and early-twentieth-century natural history. The project of these new naturalist artists is not to ritually declaim their own animality, as others have in the past, but rather to hold their fellow animals at a distance in order to disclaim their own entanglement in hegemonic structures of taxonomy and control. Only by retracing the itineraries of the old naturalism can their vision of new and liberatory naturalism be realized. What are the stakes of this project? What politics are entailed in remapping the animal world when life itself seems more precarious then ever?

Joshua Williams is a writer, director, translator and teacher originally from Massachusetts. His dissertation research concerns questions of race, animality and political violence in East Africa during the late colonial and early postcolonial periods. More broadly, his interests include African and postcolonial theatre and film, theatre and/as history, theatre for social justice, human-animal studies, the history of science, biopolitics, translation, and critical theory.