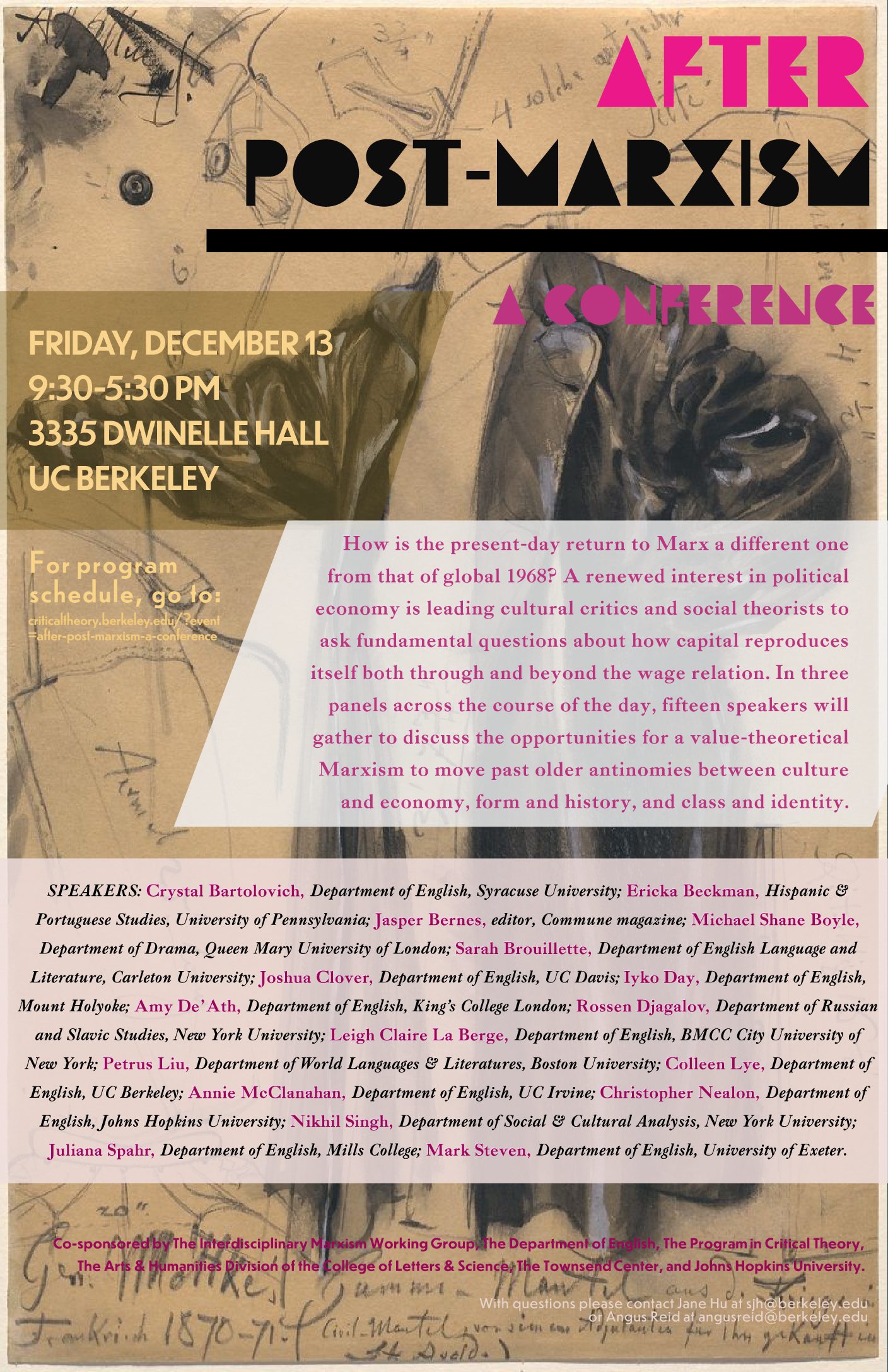 How is the present-day return to Marx a different one from that of global 1968? A renewed interest in political economy is leading cultural critics and social theorists to ask fundamental questions about how capital reproduces itself both through and beyond the wage relation: how it makes and unmakes classes across modes of production, creates surplus and disposable populations that are racialized and gendered, and requires both unexploited and waste spaces, in its quest to produce value.

For humanities scholars, this attention to value-production opens the possibility of thinking beyond some of the main strands of twentieth century Marxist criticism, especially debates about modernity, ideology, and form. In the heyday of “the cultural turn,” Marxist debates tended to center on modernity rather than capitalism as a temporal and spatial concept. Meanwhile, transformations in the idea of ideology were transferred to the analysis of culture largely by way of Marx’s concept of base and superstructure: that is, an idea of capitalism as driven by an economic “base” that shaped, more or less directly, a range of cultural and ideological practices. And, of course, the quest for a formalism adequate to historical change lay at the center of earlier intra-Marxist debates about art and literature, such as the one between Bertolt Brecht and Georg Lukács in the 1930s. Each of these strands of Marxist thinking, though, left us with a legacy of antinomies between class and identity, culture and economy, and form and history. In three panels across the course of the day, fifteen scholars will gather to discuss the opportunities for a Marxist cultural criticism and aesthetic theory that moves past these oppositions.

Co-sponsored by The Interdisciplinary Marxism Working Group, The Department of English, The Program in Critical Theory, The Arts & Humanities Division of the College of Letters & Science, and The Townsend Center.

With questions please contact Jane Hu at sjh@berkeley.edu or Angus Reid at angusreid@berkeley.edu