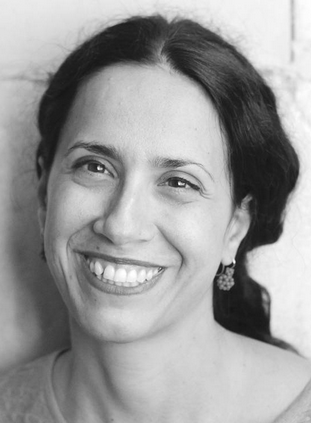 Hegel on art as action and Arendt on action as public space converge. This convergence is not about what action, art and public space should be. It is about the historical transformations of the common condition—the symbolic order—as it relates to heterogeneity. Surprisingly, both Hegel and Arendt reveal a view of these transformations that is not that of the subject and its purposiveness. Jacobi, an underestimated intellectual of the 18th century who played a key role in the emergence of German idealism by introducing Spinoza, allows us to understand this problematic more comprehensively. It foregrounds the shifts that take place between the emergence of Christianity and the “age of the subject”—without taking consciousness as the departing point and as the horizon of the question that will be at the core of my presentation: What changes for the “space of appearance” as art, that is to say, as public space?

Marita Tatari is a Feodor-Lynen-Fellow (Humboldt Foundation) in the UC Berkeley German Department from February 2018 through July 2019. She received her PhD in Philosophy at the Marc Bloch University Strasbourg under the supervision of Jean-Luc Nancy with a dissertation on Heidegger and Rilke (2005) and her “Habilitation” in Theater Studies at the Ruhr University Bochum (2017). The core of her Habilitation focused on the concept of action in Hegel’s Aesthetics. She situated this research in the context of German drama and performance studies, discussing the historicity of their epistemologies, from Szondy and Kittler to performance theories, and arguing for a necessary change of perspective under contemporary conditions. She was a DFG-principal investigator (German Research Foundation) at Ruhr University Bochum, was awarded a Fellowship for Philosophical Aesthetics from the Institute for Philosophy at the University of Basel, a Post-doc-scholarship from the Ruhr University Bochum as well as from the Greek State and was a member of Global Young Faculty (Mercator Foundation). She taught in Theatre Studies at the Universities of Bochum, Leipzig, and the Dresdner Academy of Fine Arts, and Aesthetics at the Berlin University of Arts, the Institute for Philosophy at the University of Basel as well as at the universities of Patras and Crete in Greece. Her current project in Berkeley relates F.H. Jacobi’s concept of reality to contemporary aesthetics. Books: Kunstwerk als Handlung – Transformationen von Ausstellung und Teilnahme, Paderborn, Fink 2017. Heidegger et Rilke – Interprétation et partage de la poésie, Paris, L’Harmattan, Ouverture Philosophique, Série esthétique 2013. Edited book: Orte des Unermesslichen – Theater nach der Geschichtsteleologie, Berlin/Zürich, diaphanes 2014.