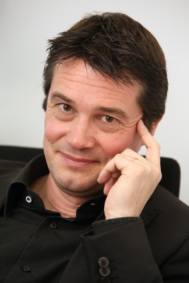 In this lecture, Forst will reflect on some of the basic issues for a critical theory of justice. What are the basic normative concepts for such an approach, and does it proceed by way of immanent critique? What kind of social realism is required for it to be sociologically grounded? What notion of emancipation is driving it?

Rainer Forst is Professor of Political Theory and Philosophy at the Goethe University Frankfurt. He is Co-Director of the Research Cluster on the Formation of Normative Orders of the Centre for Advanced Studies Justitia Amplificata, Director of the Leibniz Research Group Transnational Justice, and Member of the Directorate of the Institute for Advanced Study in the Humanities in Bad Homburg. He has previously taught at the Free University Berlin, the New School for Social Research in New York, and Dartmouth College. His work in moral and political philosophy focuses on questions of practical reason, justice and toleration and critical theory; his major publications are Contexts of Justice (Suhrkamp 1994, Univ. of California Press 2002), Toleration in Conflict (Suhrkamp 2003, Cambridge UP 2013), The Right to Justification (Suhrkamp 2007, Columbia UP 2012), Justification and Critique (Suhrkamp 2011, Polity Press, 2013), The Power of Tolerance (with W. Brown, Columbia UP 2014), Justice, Democracy and the Right to Justification (with Replies by Critics; Bloomsbury 2014) and Normativität und Macht (Suhrkamp 2015, Oxford UP forthcoming). In 2012, he received the Gottfried Wilhelm Leibniz Prize of the German Research Foundation. He is also a member of the Berlin-Brandenburg Academy of Sciences and Associate Editor of Ethics, Member of the Executive Editorial  Committee of Political Theory and on the boards of numerous other international journals. He is co-editor of the book series “Theorie und Gesellschaft” and “Normative Orders” (Campus).

Co-Sponsored by the Institute of European Studies, UC Berkeley.