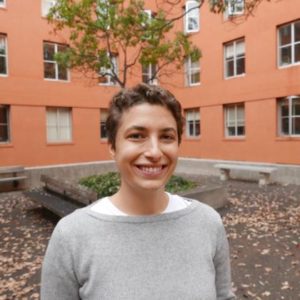 Caroline is a graduate student in the German Literature and Culture program. Before coming to Berkeley, she received her BA in German Studies at Yale in 2015 and then worked as a translator in Vienna, Austria. Her interests lie, broadly, in the affective, imaginative or physiological effects of texts, in the rhetorical forms of their humor, their pathos, their propaganda or pornography. In practice, her work has focused on 18th-century German, French and English literature (Goethe, de Sade, Jane Austen), and on early-20th-century theory (Schmitt, Benjamin, Kraus).